After the shocking video of the death of George Floyd became public, I started monitoring the public statements made by large corporations, such as Ford, General Motors, Google, Amazon and others. They were all very similar in that they publicly denounced any form of racism or injustice based on race or ethnicity. However, the GM statement from its CEO Mary Barra was a bit different in that she not only denounced any form of racism, but said what GM would do going forward. I liked her approach because it’s one thing to say this is what we don’t condone, but it’s another to say we are “actually going to do something about it.” 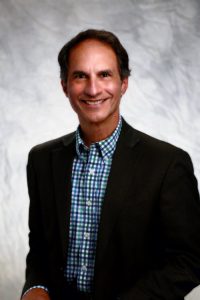 Taking a cue from Ms. Barra, we at Tri-County, of course, condemn and abhor any form of racism or marginalizing of people based on race or ethnicity. Our policies clearly echo that sentiment. We continue to support the diverse cultures we serve in Kansas City and some of our leadership has joined recent protests including the Unity March at the Plaza in Kansas City, Mo. But going further, I wanted to develop a list of a few things that we will strive towards to support the diverse cultures we serve and to join local forces to create change.

There will be more as we grow and develop these actions in greater measure. However, bottom line, “It’s Time to Act.” Words and public statements are great, but unfortunately too many lives have been negatively impacted, and now is The Time to Act!