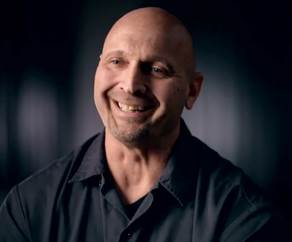 If you are a devoted football fan, you might remember when Tony Mandarich was featured on the cover of Sports Illustrated in 1989 as “The Incredible Bulk”, the best offensive line NFL draft prospect ever. In 1992, he was again featured on the cover of Sports Illustrated as “The NFL’s Incredible Bust”. He was cut by the Packers that year and lived in a world of pain-killers and alcohol. In 1995, he started rehab, and turned his life around. He returned to the NFL and played 3 years for the Colts before retiring after a shoulder injury. He now pursues his passion for greatness through photography.

Tony has been a larger-than-life persona since he was a kid playing football. He describes his life in his 2009 autobiography, My Dirty Little Secrets– Steroids, Alcohol & God: The Tony Mandarich Story. On the eve of this year’s NFL draft, ESPN aired a 44 minute documentary about the fall and rise of Tony Mandarich. On August 26, 3 days before the Chiefs play their final pre-season game against the Packers (the team that drafted Tony as the #2 overall draft pick in 1989), we will hear from a man who knows football, who knows painkillers and addiction, and who knows that he can lead a creative, successful life without steroids, alcohol or painkillers.

The Tri-County Mental Health Services Annual Banquet has evolved from a formal board meeting years ago to one of the Northland’s most prestigious galas.